On this page, we want to give you a quick guide to Daniel Kahneman’s groundbreaking work about decision making. Maybe you’ve already heard of system 1 and system 2. Or you’ve heard Kahneman was the first psychologist to win the Nobel prize for economics in 2002. Could be you’ve heard about cognitive biases and heuristics. Enough to be intrigued. He is one of our heroes and the godfather of behavioural economics. We’ll give you the highlights of Kahneman’s thinking which he published in his best-selling book ‘Thinking Fast and Slow.’

Therefore, this isn’t so much an article, but more a reference page that you can consult whenever you want to know more. Or reread about Kahneman. To make your life a bit easier we have created page sections. So, you can easily jump to a particular subject that is of particular interest to you. We also have included links into this page. Links to more detailed information if you want to dive a bit deeper. The page sections:

System 1 and 2
The power of your subconscious mind
Heuristic: definition and meaning
Cognitive bias

Most importantly, the groundbreaking research of Daniel Kahneman showed that our brain has two operating systems. Which he called system 1 and system 2. These are the differences between the two systems of our brain: 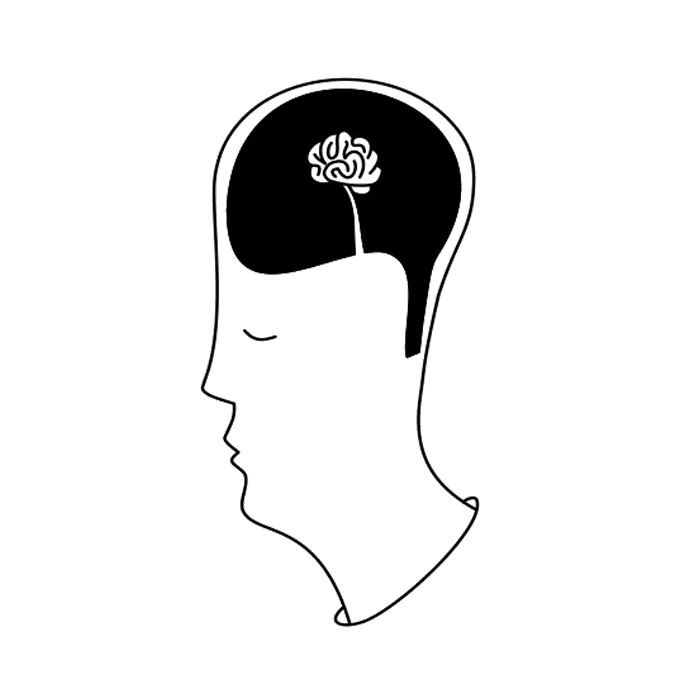 System is slave to our system 1

The power of your subconscious mind

Kahneman discovered not only the two operating systems of our brain. His discovery of  the bandwidth of each system was what made this research so significant. It was a breakthrough insight into the lack of reasoning in human decision-making. He showed how the two thought systems arrive at different results. Even given the same inputs. And foremost he revealed the power of the subconscious mind. Where we all tend to think we’re rational human beings. Who think about our decisions. And about things we do. Kahneman showed we’re (almost) completely irrational. But that’s a good thing. It’s our survival mechanism.

On average we all have about 35,000 decisions to make each day. These differ in difficulty and importance. It could be you taking a step to your left or right when talking. Or deciding to take the stairs or elevator. But they all hit you on a daily basis. If you had to consciously process all these decisions your brain would crash. Your automatic system’s primary task is to protect your deliberate, system 2. It helps you prevent cognitive overload.

There are a few ways that our automatic system lightens the load on our deliberate system. First of all, it takes care of our more familiar tasks. By turning them into autopilot routines. Also known as habits. But what your system 1 is primarily doing, is rapidly sifting through information and ideas. Without you even noticing it. Prioritising whatever seems relevant. And filtering out the rest by taking shortcuts. These shortcuts are also called heuristics. We’ll explain to you all about them in the next section.

We are all irrational human-beings

Above all, the most important to remember is that we all have to accept that we are irrational human beings. Almost all of the time. Even if you think you’re not. Somehow we can accept our irrationality. Or at least understand it when it is explained to us.

You are an irrational smoker. You know well enough that smoking is bad for you. If you have tried to quit in the past, what most people do is to focused their attention on those evidences. This is also the mistake health public entities do when trying to get people to quit smoking: they bombard you with evidence. Does it work? Well, no.

There are 2 types of addictions when it comes to smoking: 1) the “mind” addiction 2) the habitual/automatic behaviors. Both of these aspects are under the direct control of your system 1 brain, where addictions and automatic behaviors originate. This is why the conscious mind (system 2) has very little to do with quitting as well as willpower.

it is also the reason why techniques or modalities for the alleviation of smoking addiction that do not include a subconscious component often fail to produce permanent results.

What exactly is hypnosis?

Before we discuss why you might want to chose hypnotherapy to help you, you may be wondering what all this hypnosis stuff is all about? Many people ask the question if hypnosis is real? Yes Hypnosis is very real indeed! Hypnosis is a naturally occurring state that we all enter into automatically many times during the day. It is the day dream state where we just tend to get lost in our own private world hardly aware of the outside world. We may enter this state quite involuntarily during our waking hours, for example when we are engrossed in a good book or movie or even when doing anything which has become an automatic process like washing up, housework or driving for example. How many times have you driven from A to B and cant remember much of the journey? In the case of induced hypnosis the client is assisted to enter hypnosis entirely voluntarily.A good way of explaining the hypnotic state is that the person in a hypnotic trance is accessing the deeper part of their imagination rather than the analytical faculty of reasoning and understanding

We all enter into hypnosis as we drift off to sleep

As we relax down into sleep we all enter an ‘in between state ‘of consciousness where our breathing slows down and our heart rate slows down and our brain waves start to change from the normal beta state of waking consciousness into the alpha state, which is where most hypnotherapy is conducted. This in between state is known as the hypnodial state and this state between waking and sleeping is where we start to feel relaxed, loose and comfortable and is the state we all experience just before we go to sleep and when we just wake up. Whilst in this state we start to relax deeply and lose focus on our surroundings as we sink down into sleep or as in the case of when we awaken from sleep where we are somewhat disorientated as we start to come round.

As we sleep we move between different brain wave states, but we are all used to entering hypnosis, each and everyone of us without thinking about it. 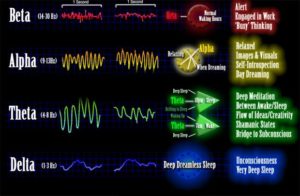 The hypnotic state is one where the minds critical conscious faculty is temporarily bypassed and where the subconscious mind can be addressed with hypnotic suggestions without the conscious minds judgemental reasoning process getting in the way.

If you asked most people about what their perceptions of hypnosis were they would probably say it’s about a person or persons been taken over by some evil arch nemesis and being bent against their will to do the villains biding.

Nothing could be further from the truth. Hollywood has a lot to answer for!

Hypnosis has been around in one form or another since ancient times, since before the ancient Greeks and Egyptians. Ancient tribal cultures used the village shaman to induce this altered state in tribal members.

Throughout the centuries hypnosis did not have a word or description until in 1773 Anton Franz Mesmer appeared on the scene with his unorthodox healing methods of Mesmerism.  Around this time a Scottish surgeon by the name of James Braid, noticing Mesmer’s work also started his own research into Hypnosis.

James Braid was the first person to coin the term Hypnosis after seeing Mesmer’s work where a subject was induced into such a deep trance that a pin was forced beneath the finger nail with no re-action from the subject, such was the depth of trance and so Braid coined the term which comes from the Greek meaning sleep.

Later Braid realised this was incorrect as when a subject is in Hypnosis they are not in sleep, they are in the in between day dream state and usually quite aware of what is going on around them. Once braid realised his mistake he wanted to rename the process as mono- idealism, which is the concentration of a single train of thought, but it was too late, the term hypnosis had caught on and has remained in the public psyche since Braid first coined the term.

Hypnotherapy is the utilisation of various powerful and effective psychotherapy techniques when the client is guided into a deep relaxing and receptive state of hypnosis where the client’s focus can be narrowed and directed by the hypnotherapist to create change at the subconscious level.

What is Clinical Hypnosis?

Clinical Hypnosis or Hypnotherapy therefore, is the application of an altered state of consciousness, or hypnotic trance, for a beneficial therapeutic outcome. Hypnosis is the vehicle that is used with the client to help them to relax deeply and enter into hypnotic trance easily, facilitating an augmented level of receptivity where the beneficial therapy work is carried out, out of awareness of the client’s conscious mind at the subconscious level. Getting the client into hypnosis effectively and working at the subconscious level is vital for effective change work to take place. It is the therapy which is the most important part of the work.

Depending on the severity and nature of the clients issue being presented the hypnotherapist will decide which approach will be the best that will yield the most positive results.Hypnotherapists use a variety of therapeutic approaches including suggestion therapy, regression therapy and analytical therapy.

When administered by a properly qualified therapy practitioner it is very safe indeed, which can allow for effective and often very rapid relief of numerous symptomatic issues. Hypnotherapy works with the power of the clients own mind accessing their own best inner resources for change using the client’s own imagination for beneficial change with the help and guidance of the therapist acting as a facilitator.

What Hypnosis and Hypnotherapy are not

Hypnosis is NOT a magic wand or miracle cure that can instantaneously achieve goals or immediately wipe away all problems and dissolve all negative blocks and Hypnotherapists are NOT magicians.
Hypnotherapy is not a magic cure all potion that is going to magic the clients problems away in just a matter of an hour or so and people who believe that really need to think about that expectation carefully before committing themselves to the process and end up with disappointment.

There is an old saying amongst hypnotherapists which says “If you’re looking for a magician or magic wand you’re in the wrong place, try the magicians supplies and joke store instead. “

The journey of Therapy often takes time, particularly with complex dynamics involving sense of self and the interaction with relationships be they family, business or personal or compulsive addictions such as gambling, drink and substance abuse. If you want to create change you have to invest in your future and trust the process. Hypnotherapy is a very powerful tool that almost seems like magic to people who discover what it can do for them, because most people are simply unaware of the power of the mind and pretty much completely unaware of the power of the subconscious or unconscious mind and how it influences and controls human behaviour.